I called My Dad yesterday so that Gussie could play her violin for him.

She played a Bach Minuet and Puccini and she was good. It was sweet — a granddaughter playing the violin for her grandfather via cell phone. My Dad was tickled pink and really proud. I think he loves Gussie. Me too, I think. The thing is, I talk to him almost never.

He is an odd loner.

I was sharing with Auguste later how much my Dad just came alive when Gussie played for him. Then I paused, and thought, and then said my thought out loud:

“He is a hard guy to get to know, my Dad. I never figured out how to love him.”

“Why do you think that is”?

After a lengthy pause my response was:

After another lengthy pause –

Gussie got up and hugged us both. 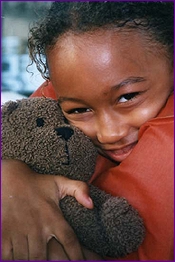 “My Girl” is really very funny.

She hurt her ankle the other day in gym park at school. Couldn’t have happened at a worse time because she has her annual ballet recital coming up next week and rehearsals have been almost everyday. Did I mention that she is a “milker”?
She is a “milker”, so this twisted ankle has been being “milked” and will continue to be “milked” until she squeezes every bit of sympathy and special attention out of it (it’s already earned her the coveted elevator pass at school).

Speaking of Gussie and special attention – she has an iPod and I don’t. The sacrifices that we parents make; the forty miles that we used to have to walk to school… She has an iPod and I don’t so, I just live vicariously through her each and everytime she listens to that iPod, which, incidentally is not nearly enough for me considering that these things and all of the stuff that goes with them, are not all that cheap!

Speaking of iPods, I have recently become fascinated with this Podcast Revolution. You can download information, articles, lessons, etc. right to your iPod and listen when you want and look cool while you are doing it.

Speaking of looking cool, when it comes to technology and my own little gadgets — let’s just say that I am not — cool! (someone recently called my cell phone a brick (and the brick has the nerve to be bright orange so it screams for attention.) I am not technologically cool AND, I am working on it!

Speaking of working on it, dont’ you just wish sometimes that you had a magic wand so that you didn’t have to “work on it” so hard? If I had one (a magic wand), I would have Oprah’s midas touch (and my own talk show), “Carrie Bradshaw’s” wardrobe, Jon Stewart’s sense of comedy, the intellect of, oh, who is really smart with good people sense…?, Paris Hilton’s PR machine.

Speaking of Public Realations, Paula Abdul’s people no doubt have a lot of work to do today!

Speaking of work, I better get back to mine…

After thought That’s “My Girl”, up above. The other one is Teddy. She takes Teddy everywhere she goes only, because she is 1o years old, she has to keep him on “the down low” where I should probably be keeping my dinosaur of a cell phone.

In one of his most critical studies, David Hawkins, director of The Institute of Advanced Theoretical Research, shares about his findings regarding levels of human consciousness.

On the other end of the spectrum, just after Enlightenment, is Peace with 600 energy level points assigned to it. To reach this level of consciousness is very rare, attained by 1 in 10 million people. The experience at this level is blissful. People who calibrate here are known for having made major contributions to society.

Just under Peace and on the way to Enlightenment is Joy at 540 points and just before Joy is Love with 500 energy level points to claim.

Hawkins’ study reveals that all levels below 200 energy level points, which include (in their respective order):

are energy levels which are destructive of life in both the individual and society at large.

are constructive expressions of power.

200 energy level points is the breakthrough point for human beings. 200 is where we break through.

Courage (200) is the beginning of Anything’s Possible!

Several years ago my sister faced one of the most difficult challenges of her life. Her husband was wrongly accused of rape. Click to Read More… 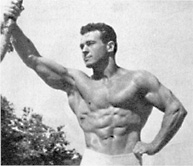 Here’s some info that you will want to know.

Dr. Mercola publishes a health and nutrition newsletter that is really pretty good.

If you concerned about your health, nutrition and overall well being and if you want to be more informed about the poisons that the Food and Drug Administration allows to be put into our food

then, this newsletter is a must read!

Wish I were Still Just “One of the Kids”

Today I have to think to breathe.

Today I am worried. Isn’t worry such a nasty thing?

Hate it. Just hate it.

What I would really love today is a big bag of oreos, a big box of cheesenips, a sad movie on DVD that I could watch while I hold one of my pretty hankies. ( I miss high school today. Isn’t that weird).

…I am going to keep you posted!