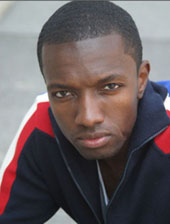 Last week I had a chance to talk with Jamie Hector, star of HBO’s critically acclaimed series THE WIRE.

Jamie made quite an impression on me. He possesses a drive and a determination to succeed, which is not uncommon. What is uncommon about Jamie, is that his desire to be successful is driven by his commitment to reach back and “pull as many people as I possibly can”.

Excerpt From My Interview With Jamie

DR: Well, you seem to be {on purpose}, as far as acting, as far as the contribution that you make back to the community, the work that you are doing with regard to your own self development…

JH: You focus on what you have to do. {An actor} said if off stage one time, he was like,

“Now I can pull somebody up.”

Click Here To Read My Entire Interview With Jamie

Take all of me or take –

It has been said that one of the strongest desires that any human being has is:

The desire to be admired.

To be well thought of is one of the things that we value the most and we will do almost anything for that.

We will do almost anything to be admired even if it means compromising ourselves by pretending to be something that we are not.

Gracious yet guarded. Polite yet private. Polished and at the same time unwilling to tell the whole truth. It’s almost always about putting your best foot forward, isn’t it — no matter what? But, exactly what is that costing you?

Struck Down But Not Destroyed 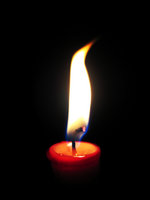 It doesn’t make a whole lof of sense to me, I’ll admit.

When the thing that you fear most comes upon you, it can be strangely empowering.

Remember the movie Frankie and Johnny? It’s a love story. Al Pacino and Michelle Pfieffer play these misfits who fall in love in spite of their frailties and their fears.

Johnny, played by Al Pacino, is an ex-convict who has spent time in prison for forgery. While in prison, he learns how to cook. He also learns a lot about himself.

Here’s the thing for me though, about the movie, that is –

There is a scene where Johnny, Al Pacino’s character, has a one night stand with Cora, a waitress that works in the diner where he is a cook. Their encounter is, shall we say, uninspiring,and both are clear that it was just all wrong but no hard feelings, nonetheless.

Afterward, they talk. They share a sweet moment as Johnny puts on his clothes. As he starts to head for the door to leave, Cora says to him “Hey, it’s not the end of the world”.

And he meant that.

That for me was a very powerful movie moment because it allowed for me to experience the beauty of the wounded human spirit in an unexpected way. I experienced, in the moment that he delivered that line, the power that there is when someone has been to hell and back and,

The thing that I fear most has come upon me.

I feel strangely empowered by that. 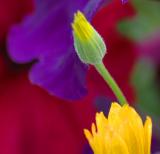 That is the first thing that Gussie said when she woke up this morning.

She was barely awake.

Sally is one of Gussie’s good friends. Still, as far as the big picture goes and, considering all that we have going on this morning, let alone today,

Sally’s birthday is not something that I would expect would be at the top of her list upon waking.

Sally’s birthday was certainly not on my radar screen for today. that is until Gussie offered her reminder and served it with such a heaping helping of love and enthusiasm.

I was touched by her sincerity and her genuine happiness for someone else’s day.

So today I salute you Sally and I celebrate your life and that you are here because Gussie, in her sleepy state, woke me up.