Where There Is A Will… 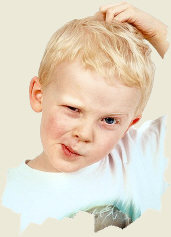 He just opened the door and yelled it in.

Last night while we were out grabbing a bite to eat, a Dad pulled up to the front of the cafe on his bicycle. On the back of his bicycle was his son who looked about 3 years old. The dad looked athletic, the little boy had a baby helmut on —

they were very cute.

The Dad looked at the menu that was posted on the window, then opened the door and yelled — politely — to Dio, the waiter what he wanted to order. Fifteen minutes later he rode back up to the door and waited for Dio to notice him. Dio saw him and reached for his meal, neatly packed and waiting for him on the counter, passed it through the door, collected payment and “The Dad” and his little boy rode off into the sunset.

One thing that we live with everyday, like it or not, is –

Fear is something that few of us have trained ourselves to live without. It wakes us up in the morning and it goes to bed with us at night. Of the many things that scare us — physical violence, death, being separated from people we love, losing control, failure, rejection, losing our job, looking bad or making a mistake — few are even really real. There are actually two kinds of fear, as far as I know: the authentic real and useful fear that we experience when we are afraid of something that can actually harm us, and the other kind; the inauthentic fraudulent kind, otherwise known as:

The counterfeit kind of fear.

What are we so afraid of? And, is the thing that we are really so afraid of, really even real?

It Hurts Me More Than It Hurts Her

We share stories about our kids, my dentist and I.

He has a 10 year old boy. I share stories about the eleven year old “mean girls” and he shares stories from the soccer field.

So, yesterday I was at the dentist.

he said, as he leaned in with whatever scary dentist instrument that he was using to inflict today’s pain. He was finishing up a story about his son with:

“I wish that girls had societal permission to do the same.”

And then I added

“As a matter of fact what I really wish is that I could be eleven years old for just 5 minutes and beat up one of those “mean girls” myself!”

Curiousity Is The Best Soul Food 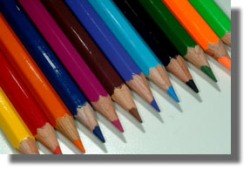 Last week I went to the market to get my usual Muffin for “The Muffin”.

I asked for my ususal whole wheat bagels (for breakfast) and blueberry muffins (for after-school snack). As I was about to walk away from the counter, I saw a tray of beautiful baklava — golden and dripping with honey. I asked the girl that had been helping me (she is ususally the one who helps me — reluctantly) if she had tried the baklava, you know,

“Are they any good?”

I asked for four pieces of that baklava and I was on my way.

That was a week ago that she said that.

it still bothers me. If people can not deal with you and all of your magnificence,

If they can’t be with FABULOUS you, seems to me that they’ve got a BIG problem.

Should you really make their problem yours? 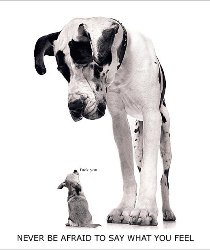 Before any battle, the Samurai Warrior will resolve for himself the possibility of his own death. He is therefore able to engage in the battle with the freedom to risk everything because he is not afraid. He is able to fight with complete abandon — no compromise, no hesitation, no flinching, no holding back.

No doubt that the objective of the Samurai is, ultimately, to win. But he is clear that in order to do that he must be willing to lose; even his life. So he is. He is willing to lose, even his life, for the possibility of something more than mere survival.

He is willing to give up his life so that he can, in fact, LIVE!

My 11 year old daughter, Gussie, shared with me recently, something that she was really struggling with.

Several of her classmates at school were repeatedly making fun of and teasing another one of their classmates. This was not O.K. with Gussie and so she told her friends that making fun of someone was not a very nice thing to do. In the nicest way that she knew how, she asked them to consider how they would feel if they were the ones being made fun of. Nobody answered. They all just kind of went silent. And then, Gussie just kind of panicked. Later, she came to me in tears, fearing that she had alienated her friends and that if she stuck to her guns she would risk losing those friends.

“What if I end up with no friends?” is what she said to me.

“What if you do — end up with no friends?” was my response.

Perhaps what YOU are standing for is worth…

Ya Know Its Hard Out Here — For Anyone 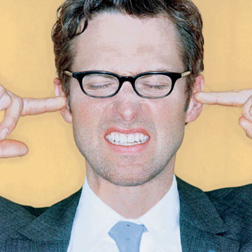 While waiting for the subway this morning,

I saw this man setting up his microphone and amp — he was preparing to perform. He looked like he knew what he was doing; seasoned.

I listened to this guy struggling to play Moon River on his guitar.

as if his guitar playing wasn’t bad enough, he started singing too.

I was standing there thinking that he was really terrible, hoping that someone else would ask him to “Please stop. Please.”

Then I remembered the line from Hustle and Flow , that I love so much:

“Every man has a right to contribute a verse.”

and it didn’t sound quite so bad anymore. 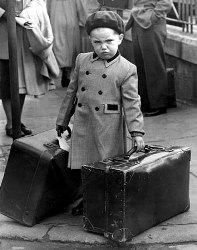 Isn’t that just so unkind? 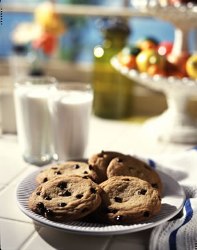 It was the last thing that my grandma said to me before she died.

I think that she knew that she wouldn’t be around anymore to give me those pep talks, so she wrote me a letter:

“When things seem difficult, remember to solve each problem one at a time…to stick to your goals, no matter what happens, and go after your dreams…keep your attention focused on the future…Always look for the bright side of things and smile even when you just want to cry.”

“Always think of those you love and know that they love you too and no matter how difficult it may seem, you have the ability to make things better.”

Then she signed it:

“God loves and He will take care of you.
I love you very very much.
Stay as sweet as you are.

Yesterday Gussie found this letter that my grandma wrote to me. I had it tucked away in a drawer, and she read it. I could see it in her eyes that she took those words and claimed them for herself.

Gussie is learning how to deal with mean spiritedness at school — typical “mean girl” stuff, and a very big deal when you are eleven. I know that “mean girl” stuff is nothing new; that it has existed probably since the beginning of time.

What’s nice about the love of a grandma is that –

it transcends the boundaries of time.

Leave Your Comments » (2) | Permalink
Next Page »
« View all dailies