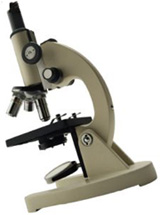 Nowadays, whenever I go to reach for a piece of gum —

I get happy!! I feel great.

“Why is that ?” you might ask, “Just what is so thrilling about a stick of gum?” you might wonder.

Gussie is wearing braces right now and so she can’t chew gum. Yes!

It used to be that everytime I would reach for a piece of gum she would either:

What can I say?

It was a Saturday morning the day after trick or treat.

The mood in the house was tense and expectant. The phone kept ringing and my Mom would take the calls in the other room upstairs. The five of us sat eating our breakfast oat flakes when my Mom came down to join us and to fill us in on what was going on. Pompey, our grandfather was sick and it was very serious. She told us that she was very worried about whether or not he would be O.K.

It came at me, hitting me hard from out of left filed.

That is when it hits me.

“Mom! I need help with my math homework”, she threatens, tears streaming down her face.

I say trying to be calm, mindful of the ticking clock.

Frustrated, she shoves this piece of paper right at my nose and starts crying these angry tears.

Gussie has been in an accelerated math program since she was in third grade and she left me and my ability to understand and help somewhere around — well, third grade. Auguste, however, is a little bit better at it. He can ususally figure it out but not without losing some hair and weight and sanity…

Now, stressed about the time ticking off the clock and feeling completely stupid, I can feel my own angry tears forming inside my I-should-have-paid-more-attention-in-math-class BRAIN, I suggest to Gussie that she should ask her professor (I say professor because Mr. Bengali, this manchild, is way beyond being a teacher) to spend five minutes with her after class so that he can expalin the formula to her S-L-O-W-L-Y so that she can understand.

This is logical, reasonable sage advice, right? This is what any good, completely incapable mother would do, yes?

“Mom! She screams. “That would be so WEIRD!” and she storms out of the room.

O.K., now I am really pissed ’cause I have got exactly one minute before I have to get on a phone call!

I am desparate. I know what I have to do.

He is going to have to take a hit.

“Auguste! I need help with Gussie’s homework!”, I threaten, tears streaming down my face.

It came at him, hitting him hard from out of left field.

He was sitting at his desk, trying to get some work done minding his own business…

Where Do I Get My Gold Star?

Friday, I was having a soy-mocha-extra-mocha-with-whip at a favorite neighborhood cafÃ©, while I was waiting for Gussie to finish a ballet rehearsal. Joe, an Italian gentleman, who served in WWII and always has the best stories, invited me to sit with him so that we could read together and chat in between. Two other people that Joe knows well, sat down next to us and we were all kind of chatting, reading and having “un cafÃ©”.

For fun, Joe asks us to complete the following Aristotle quote:

He warned us that nobody he had been asking to “fill in the blank” had been able to do so. His friends, one table over, guessed –

Joe smiled as if he had us just where he wanted us and confessed:

“Everything in moderation except for –

“Ohhhh!” we all chimed at the same time. How could we have missed that one? Of course – KNOWLEDGE.

I thought for a moment and then I asserted that I could one up Aristotle himself. Polite, but skeptical, they all indulged me in my claim:

“Everything in moderation except for –

Curiosity is never something that you can have too much of.

Maybe it’s just me but,

I believed that I have just “one-upped” old Aristotle himself.

There is a story that the late George Plimpton told about the great Muhammad Ali.

George Plimpton shared about a talk that Ali had given at Harvard University. He recalled that at the end of Ali’s talk, one of the students yelled to Ali “give us a poem!”. (Plimpton offered that, up until that time the shortest poem on record was about fleas. The poem went: Adam, had ‘em. )

Ali paused, looked around and said:

We have this tendency as human beings, to view our lives in terms of an “Us” and a “Them”, don’t we? And Ali’s powerful two word poem really presents an interesting possibility, doesn’t it? It presents the possibility of — 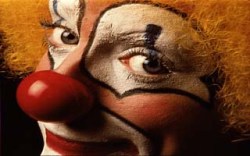 What are you looking at me for?

Lately it seems that things are even weirder on the subways in New York.

I was riding the subway this morning when I noticed a man sitting down, punching the key pad on his Blackberry. I would say that he reminded me of my frumpy-ish, squarish-ish, seemingly old-ish Junior High School history teacher, Mr. Thompson, except for one thing –

He had a blond afro with brown highlights!

And it was a nappy afro, not one of those curly, sort of made up afros. That hair did not belong on that man! It was like computer generated hair and it was all WRONG!

he kept looking across the isle at me as if we were on the same team, members of the same club, could relate to each other —

He just kept looking at me like we were on the same wave-length and I didn’t like it at all.

His hair makes me want to rethink a few things.

Remember when we were just figuring out how to put it all together? All of the equations — so neat, so logical, so rational, so reasonable. It all fit together, in math class…

Pigs Are People Too! 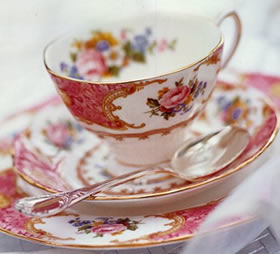 I’m sure that it was allergies and I have compassion for, and sympathize with, those who suffer from Hay Fever. I am not totally heart-less. But, I have to say that I have never had anyone sitting right next to me, freel-y honking and snorting like a cast member of Charlotte’s Web.

It gets to a point where I can not take it anymore so I leaned over to whisper about it in Gussie’s ear. Now Gussie was so engrossed in her book that I guess, although I don’t know how, she was missing this Metropolitan Diary moment.

“Can you believe this woman next to me? Doesn’t she realize that she is in public? ?” I complained.

Latley she has been seeming a bit more mature –

Have you ever noticed that the sun rises in the east, the sun sets in the west — everyday?

And have you ever noticed that you expect daylight to eventually come every morning and darkness to come with the night?

We expect that with certainty, don’t we?

Can’t We All Just Get Along? 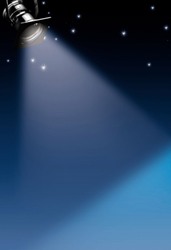 Sometimes even the best laid plans…

I was determined that I would not be late, but the subway train was not to be governed by my determination.

As five minutes became ten and ten became twenty, everyone’s angst was exposed. Then, as if we weren’t all stressed out enough, this obnoxious old koot decides to set up shop. He pulls out his amp, plugs in his guitar and starts singing My Girl at the top of his lungs. Honestly, he didn’t have such a bad voice and the distraction helped to take the focus off where we were all supposed to be 10 minutes ago.

Suddenly, as he gets to the part in the song that goes:

What could make me feel this way?”

He turns and looks right at me and says:

“The girl with the big curly hair and big sunglasses — My giiiirrrrllll!”

Now eeryone is looking right at me as I try and evaporate into my Jane magazine.

“Talkin’ bout the girl right over there with the dark glasses — MY GIRL! Wooooo. Yeah.”

Now everyone is not only looking but they are all laughing as well and the two girls standing next to me are more embarassed for me than I am for myself.

I decide that the best course of action would be to just go with the flow, you know ’cause –

“What you resist will persist”?

So I look him dead in the eyes through my dark shades and I force a laugh at my own expense.

Then, oh yes, it does ges worse, he challenges everyone on the platform that if anyone can guess who made his next song, he’ll give me three dollars and a kiss — but not just any old kiss — a kiss on the lips.

As he grabs three dirty little scrunched up dollars out of his pocket (as if to prove that he means business) he sets his challenge in motion:

“Marvin Gaye!” someone correctly answers and with that, this singing lunatic, lays down his guitar and starts toward me.

Thankfully, the look that I shot him through my BIG sunglasses was serious enough to stop him dead in his tracks and just as the train pulls in.