One Monkey Don’t Stop No Show!

Have you ever found yourself sitting at the bottom of “the hill” just as you were climbing to the top?

Have you ever hit “Rock Bottom” and considered giving up?

Well, consider that, if you happen to hit “Rock Bottom” – it could just be the best thing that ever happened to you.

“Be careful what you wish for.”

Remember that advice? Its good advice; useful advice that you probably got from your mother. 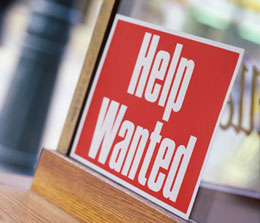 We went back to “that restaurant” and I ordered “the salad”.

this time when they told me that they didn’t have the pears — not to worry. I happily ordered it anyway because, in anticipation that they might drop the ball again,

I had brought my own pear (and it was neatly sliced).

As Gussie pointed out, I was –

You know what I mean. Sometimes you just get assigned a leader that you have to follow whether you like it or not. It’s one of the realities of life. But listen up…

Give ‘Em Something To Talk About

What is it that you must achieve so that at the end of your life, looking back at it all, you will consider your life to have been well spent and a life of no regrets?

Have you ever even thought about it?

Stop. Take a moment. Think about it. Now.

Perhaps you are living your dream today, and maybe today –

I don’t think that it was too much to ask for.

Last night we were out having dinner and I ordered a salad. That is all I wanted was a salad. But not just any salad. I wanted the salad that I had been looking forward to having all day; the salad that is made of :

mesculin, radicchio, mozzerella and parmigiano cheeses, red onion, one olive and a –

This is the thing that I had been looking forward to — did I mention — all day.

when the waiter told me that I would not be able to have my salad, the salad that I had been looking forward to all day, my heart sank to my feet. When I was told that it was because they did not have a pear, I became annoyed.

As I searched the menu for an acceptable substitute for the salad that I had been looking forward to all day, I came up empty. No other salad would do. I looked at Auguste and he looked back at me as if to say:

“If it’s going to make you happy (and consequently, my life easier) go ahead.”

I ordered my salad, the one that I had been looking forward to eating all day, and then I discreetly got up from the table, went to the fruit stand next door, bought a pear, asked for a knife, sliced the pear, went back to the table and covertly placed the sliced pear onto my salad.

Mission accomplished!!! It did not take much imagination to solve this problem and, I have to admit that I was a little disappointed that the restaurant did not attempt solve my little pear problem for me.

As she ssprinkled some cheese on her pasta, Gussie, shaking her head, said to me:

“Mom, you are definitely an original.”

(I am sure that was calling me weird). She continued:

“One day I am going to write a book about just how “original” you are.”

And as I happily swallowed a slice of that pear, I responded:

“Fine. As long as you make me look good…”

To which she replied: