The thrill of the victory, the agony of defeat — the highs are high and the lows are a bummer.

The thrill? We seek it. The agony? We try very hard to avoid. They are the best of times and sometimes where you don’t want to be.

The thrill of the victory and the agony of defeat… 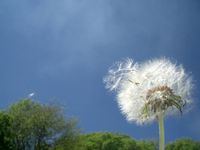 Why of all things I was thinking of that…

The other day I found myself in the middle of a coughing attack, choking and unable to breathe. I was scared as I struggled to get some air; any air, and I was suddenly so aware of this necessary element that I understandably take for granted.

As I contemplated being found sprawled out on my bathroom floor, I was confronted with the reality that –

No matter how deeply you breathe, no matter how much air that you take in at any given time, you can’t store it up for the future.

You can’t store up extra air in your lungs for those times that you might need it and can’t get it. The only air that counts is the air that you can breathe in right now.

There is something a bit poetic about that, don’t you think? 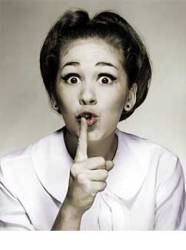 One minute everything was fine, and the next minute…

It was Thanskgiving morning.

I had gotten up even earlier than I usually do on Thanksgiving morning because this was the year I was determined that I was going to be ready and waiting when our guests arrived. I was intent on looking good and serving good food all the while making it seem like –

it was no trouble at all.

Everything was going according to plan and I was thrilled. Turkey in the oven, pies on the table, sweet potatoes baking…With less than 15 minutes to go before people would begin to descend, I was calm cool and collected. I was even sipping a glass of fine wine.

Wanting to make that perfect Rockwellian impression, I asked Auguste to take the turkey, all golden brown and shiny, out of the oven, thinking being that I would “serve up my guests” before I served them.

Happy to finally be able to help, Auguste reached into the oven to pull out my perfect bird when, don’t ask me how, he spilled the greasy contents of the broiling pan onto the oven flame.

Within a split second flames were all around him. Horrified, I didn’t know who to save first, my husband or my turkey. Thankfully, because of his fancy foot (and hand) work, Auguste managed to save the bird, catch it as it was falling back down to earth. But in doing so he had to drop the roasting pan, leaving a river of greasy poultry juice all over my kitchen floor.

With less than 10 minutes to go before the doorbell would ring, we moved together quickly and in silence. Like a well oiled machine we were mopping up grease, fanning out smoke, cleaning inside the oven, disconnecting screaming smoke alarms and calming a frantic child who had, just moments before, been screaming:

We were a team.

We did it. We pulled together and we pulled it off.

As we greeted the first guest, and as Auguste took their coats and invited them in, he looked over at me and winked a wink of relief. I decided that, what I now knew but that he couldn’t see, I’d wait until later to share. In fact, I thought that I would wait until morning to tell him that –

his hairline had een singed, his lashes had been scorched and–

he no longer had any eyebrows.

She Is Graceful When She Moves 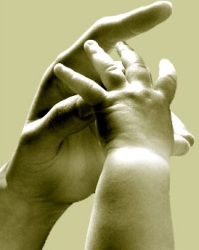 I heard it today and it made me remember.

I remember that, when Gussie was about six years old, she fell in love with the LeeAnn Womack song:

I Hope You Dance

She memorized that song and she would play it and sing her little six year old heart out.

Recently, when Gussie was invited to a slumber party for a girl who she really likes very much, she struggled with whether or not to go because two of the girls who were also invited to the sleep-over have been doing the “mean girl” thing. Gussie has been a primary target. Gussie wasn’t so sure that spending an evening with these girls and the bad behavior, was something that she wanted to deal with.

She decided not to go.

Then, about a day or so before the party, feeling like she didn’t want to have her life and her decisions dictated by the way that other people might behave, she told me that she would in fact be going.

I have to admit that I was a little bit nervous because I know that slumber parties offer a very unique opportunity for the “mean girl” spirit to really rear its ugly head. But I also know my girl and I suspected that this would be an opportunity for her to find out what she is in fact —

And she did because –

I Hope That It Worked Out O.K.

I tried not to stare.

can’t tell you why necessarily.

As the train approached my stop, I turned back to look. What I saw was a woman, sitting, eyes closed. She had a single tear from each eye, streaming quietly down each cheek.

Touched by her pain, I got off of the train and for about the next five minutes or so, as I hurried to where I needed to be, I couldn’t help but wonder –

When It Seems Like Youâ€™ve Done All You Can…

To have a dream is magnificent! To be able to dream is a miraculous privilege.

And, while many of us have the ability to dream, few of us will develop the capacity necessary to see that dream through because…