One thing that we live with everyday, like it or not, is –

Fear is something that few of us have trained ourselves to live without. It wakes us up in the morning and it goes to bed with us at night. Of the many things that scare us — physical violence, death, being separated from people we love, losing control, failure, rejection, losing our job, looking bad or making a mistake — few are even really real. There are actually two kinds of fear, as far as I know: the authentic real and useful fear that we experience when we are afraid of something that can actually harm us, and the other kind; the inauthentic fraudulent kind, otherwise known as:

The counterfeit kind of fear.

What are we so afraid of? And, is the thing that we are really so afraid of, really even real?

Jingle All The Way

He thought that it would be wise to make like the furniture.

Claudie Bird, our cat, wears a collar with a bell around his neck so that we know where he is at all times. It’s our way of making sure that he is not where he shouldn’t be, doing what he shouldn’t be doing. (Claudie likes to engage in forbidden activity).

From time to time “The Bird” manages to somehow get his collar off of his little cat neck.

One morning last week I found his collar lying on the floor. I picked it up and headed down the hallway, bells singing, to find Claudie so that I could put the collar back on his neck.

As I passed Gussie’s bedroom, I saw Bird-Man starting to head under her bed.

I stopped suddenly. Then,

Halfway underneath Gussie’s bed and halfway out “Birdle” lay very still as if he thought that if he didn’t move, we wouldn’t see him.

I turned to Gussie and whispered:

‘I hear myself coming. I better hide from myself’ ”

How Can You Mend A… 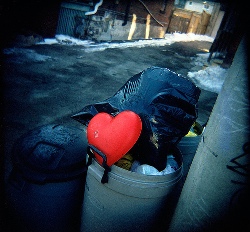 It was one of the most powerful lines that I have ever heard.

In the movie Frankie and Johnny, Al Pacino plays an ex-convict, Johnny, working as a cook in a diner. Johnny was convicted of forgery and as a result his wife left him and moved on with her life. They had two children. She remarried.

From time to time the movie would cut to Johnny sitting in his car outside of his wife’s house, watching his children play, their step-dad arriving home from work to greet “his” children with a hug on the lawn before retreating inside…

There is a scene in the movie where Johnny gets together with one of the waitresses from the diner, Cora (played by Kate Nelligan). He has been chummy with Cora but with no real romantic chemistry.

Their eventual encounter ends up being — ALL WRONG and one that they are both clear they should have never had.

As Cora is getting dressed, removing first her spiky red heels, she notices that Johnny seems to be down and sad. Convinced that he is regretting what has just happened between them, she tries to console him:

“Cheer up”, she reassures, sweetly. “It’s not the end of the world.”

To which Johnny responds - 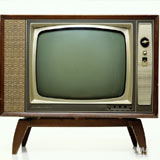 It just dawned on me that he’s been missing…

Whatever happened to Doug?

You remember Doug, don’t you? Where’d he go?

Caught In The Act 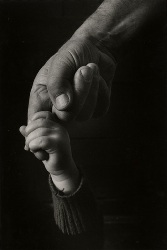 …and I saw it with my own two eyes.

Last night, while washing my face in the bathroom, I could see, out of the corner of my eye, Auguste turning down the blankets and arranging the pillows on Gussie’s bed. I stopped to quietly watch as his strong unsuspecting arms carefully prepared his girl for sleep.

Every morning when I have gone in to give her the ten minute warning before she’s got to get up and get going, I have admired how thoughtfully she fixes her bed before she goes to sleep.

Each morning that bed has looked so inviting and she has always looked so tucked in and safe. This morning, to me, she just looked lucky.

Last night I saw, out of the corner of my eye, what makes him so –

amazing in my sight.

If I find a book interesting, I’ll read it more than once. If I love a song I will play it endlessly. If a movie inspires me, I’ll watch it over and over. I do that. I do that because each time I do, I “hear” something new.

I watched Field of Dreams the other day…