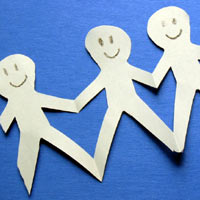 I have to admit that I was left with mixed feelings regarding the censorship of these three words, but on this subject I have only one personal opinion. I don’t like those three words, necessarily and I don’t use those three words (not that I haven’t ever) but come on! Do we really want to say that, from here on it is never ever O.K. to use them?

Censorship is a very dangerous game to play.

Censorship is the beginning of the loss of other fundamental freedoms and it threatens to compromise the creative process, the thought of which should scare us all.

This past week, I think that a bigger opportunity was missed:

The opportunity, while the whole world was listening, was to extend an invitation to people, to search their own conscience about the use of, not only those three words, but of words –

The opportunity was missed to offer up that particular challenge. I don’t know about you, but I don’t want anybody telling me what I can or can not say and so I wouldn’t presume to do that to anybody else. I also have a great deal of respect for words and so I make it a practice to choose my words with wisdom.

Let each man search his own conscience. Let each man decide for himself, what the legacy of words is that he wants to leave behind.

What if people were more thoughtful about the consequences of what comes out of their mouths, beyond what works for just them and their’s? What if we all accepted a personal responsibility for the words we use to speak and sing and protest — in public? What if the general consensus was that we should all continue to enjoy the freedom of being able to THINK (for ourselves) and then talk?

NOT DEMANDING that people stop using any three of them…

Penny For Your Thoughts 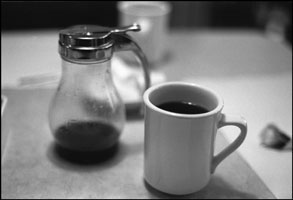 I could be wrong but I still wonder.

It occured to me the other day, while sipping a cup of coffee at a cafe, that some of the saddest people in the world have to be those waiting tables in the airport. I mean –

waitresses that are working in airports.

They just always seem so sad to me.

It seems like it would be sad to watch people come and go, to imagine where their travels might be taking them or what adventures they have just had when the likelihood is that you can’t afford those travels and adventures for yourself.

Then again, maybe not.

Either way they just always seem like a poem; like a heart wrenching country song that is waiting to be sung…

Every morning without fail –

I’m talking about how the people that get off of the subway at the Wall Street stop in the morning. They always act as if:

Everybody should step aside because the grown-ups are getting off now; the serious workers have got to go and take care of real business… 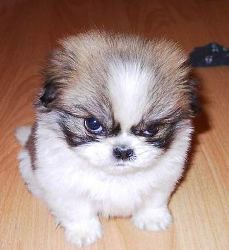 I as so grateful to have been spared.

This afternoon as I sat reading my book on the subway, a man sat down in the seat next to me and kept looking at me as if I was doing something that he wanted me to stop —

Did he want me to move my handbag? Slide over to give him more room? Was he trying to figure out what I was reading?

Anyway, as my fortune would have it, he got off at my stop and started slowly up the escalator (that I swear you could ride to the moon if you wanted to). As this man lumbered cooly up the stairs, I decided that I would teach him a thing or two about staring at people who are simply sitting and reading and minding their own business.

As I darted up the escalater with a forced ease, I breezed right by him, landed at the top victorious and then –

Thankfully I was spared any embarrassment because I as able to catch myself and adjust my footing just in the nick of time, allowing me to play the whole thing off as if nothing had happened and I was able to walk away with my dignity in tact.

I walked on, looked up to heaven and decided to actually thank God for having had mercy on my poor prideful soul.

“Thank you God for coming through for me just now.”

I couldn’t resist, however, asking Him where He had been the other day when–

I was running down the middle of Fifth Ave trying to hail a taxi in the rain. Where was He when I slipped and fell in the middle of ongoing traffic, when I was forced to leap to my feet and finish the stupid run to the taxi, when I crawled inside and watched horrified as I watched my knee swell to the size of a cantaloupe, which wound me up in bed unable to walk for two days…

“Where were you then, God?”

Get Piggy With It!

Have you heard the joke about the bacon and egg breakfast?

The Chicken is involved. The Pig is committed.

Go ahead and laugh. It is FUNNY.

But, when it comes to the things in your life that you say that you want:

ARE YOU A CHICKEN OR ARE YOU THE PIG?

For the most part, MOST OF US are chickens…

You Are What You Eat And Read And Watch 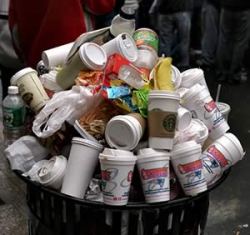 They actually leave their babies parked outside of the boutiques while they go inside to shop.

In Iceland the crime rate is so low that women actually feel comfortable leaving their sleeping babies in their stollers outside, in front of the store, while they take their time and shop. People living in Iceland also leave their doors unlocked and yet, they are never robbed or otherwise intruded upon.

In Japan if you lose your wallet or anything else for that matter, you are almost certain to get it back.

In Canada the homicide rate is very low and yet many people own guns.

Our minds, bodies and souls are a direct reflection of what it is –

The Size Of The Fight In The Dog

“When you seek out your own personal legend, the universe conspires to help you along the way” — The Alchemist

To have a dream is a beautiful thing.

To be able to dream presents a profound opportunity.

To be willing to fight for a dream elevates you to a place of poetic privilege where, you will discover what you are made of and who you really are.

The beauty of a dreamer inspires. The opportunity to dream makes people come alive. The privilege to dare want something more for yourself and for your life separates you from the ordinariness of mere survival and just getting by.

What is it that you want? How much longer are you willing to put up with the fact that you don’t have that yet? When will you be willing to – 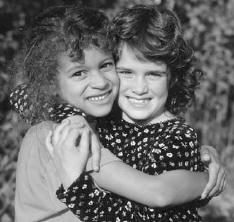 It’s doesn’t have to be an event!

It’s a choice that we can make if we want to, and isn’t it possible in any given moment to make a choice about doing something or not?

To require that someone gravel and keep asking over and over again to be forgiven is just not nice. In fact, it’s down right unkind. When we wallow in some middle ground between holding a grudge, indulging in self pity, feeling enttitled to our anger and waiting to grant forgiveness –

Be mad but then get over it so you can get on with other things.

When someone does something that you don’t like; something that hurts or offends you and they say “sorry”, why not simply forgive them — clean and clear and set in motion the opportunity to begin again, to heal and to build something brand new?

Forgiveness was never meant to be some event of epic proportion, some drama or a process that needs to take time. It is a choice that is available for all of us to make, and we can make that choice –

How About A Little Grace And Mercy 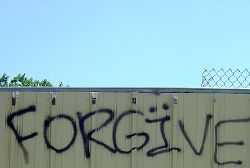 Last week I saw a one woman show about a courageous Rwandan woman who spent 91 days in a bathroom with seven other women trying to survive the horrible genocide of 1994 that ended up claiming the lives of all but one member of her family.

Today she forgives the killers.

This morning I watch Don Imus apologizing for an offensive comment recently that he is clearly sorry for; he sincerely regrets that he said what he said and yet –

forgiveness seems to be something that people are unwilling to grant him.

We are all human with human weeknesses and human shortcomings. We all do and say things all of the time that could be percieved as offensive, hurtful or nasty. We have all done and said things that we regret.

None of us are perfect.

I appreciate the forgiveness of others when I do so —

I grant forgiveness when I can…