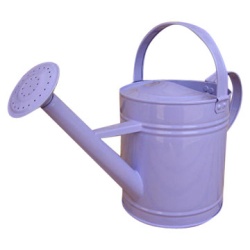 It was really hard to watch, but we did.

It was 5:30 in the morning and Auguste and I decided to watch a documentary about this organization that went undercover to expose a dog kennel in Arkansas that was severly abusing and killing dogs. It was one of the most prfound demonstrations of inhumane behavior that I have seen.

I remember thinking a seemingly arbitrary thought as we watched:

“These people need to get some ART in their lives.”

That is what I started thinking about – how much these people needed Beethoven or Michelangelo — and quick. 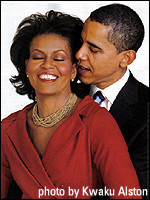 Speaking to a group of people in Iowa recently, to introduce her husband, Senator Barack Obama, Michelle Obama challenged people to THINK rather than to react just because someone said that we should be afraid.

I concluded that it is far more difficult to inspire people, to leave them full of hope and optimism, than it is to scare the hell
out them â€“

if you think about it…

Below is the full transcript: I’m Tired of Being Afraid

Our main reason, at least the girls and I –

we are here for the state fair.

I don’t know about you but we’re going to get some stuff on a stick. I don’t care what it is -a hot dog, a snickers bar — we are eating everything on a stick today. But the other reason I’m here is to introduce my husband. You know the guy running for President.

One thing I want to share with you today is that whenever I get in front of an audience I get pumped up because I am very passionate about this race. I am very passionate about my husband in this race because I know that, and I am trying to convey to all of you that, there is something very special about this man. This is why we are doing this. Because Barack and I talked long and hard about this decision. This wasn’t an easy decision for us because we’ve got two beautiful little girls and we have a wonderful life and everything was going fine and there would have been nothing that would have been more disruptive than a decision to run for President of the United States.

And as more people talked to us about it, I mean the question came up again and again, what people were most concerned about I think was -

It was fear. Fear again, raising its ugly head in one of the most important decisions that we would make. Fear. Fear of everything. Fear that we might lose. Fear that he might get hurt. Fear that this might get ugly. Fear that it would hurt our family. Fear.

But you know the reason why I said “Yes”? Was because I am tired of being afraid!

I am tired of living in a country where every decision that we have made over the last ten years wasn’t for something, but it was because people told us we had to fear something. We had to fear people who looked different from us, fear people who believed in things that were different from us; fear of one another right here in our own back yards – I am so tired of fear and I don’t want my girls to live in a country, in a world, based on fear.

That is why, and we have to admit it, we are in this war.

We are in this war because for eight years we were told to be afraid and everybody followed suit. Everybody cut and run because it was very unpopular not to be afraid; to talk about hope and possibility. But you know what, there is my husband, who at the time that many people in political life were moving toward fear, he sat on this stage at this anti-war rally at a time when it wasn’t convenient for him to talk a different unconventional voice, he stood on that stage in the middle of a very hotly contested primary in Illinois –

everybody was in this primary and Barack Obama was not supposed to win.

“He couldn’t raise the money”; “He had a strange name”. People said “Fear him because he is different”. But even in the midst of all that, at the core of all that when he could have lost, taking a stand, he stood on that stage and he called this war to a tee! He said “This is wrong! This will cost us millions! We are going after the wrong enemy”, he said. And it was unpopular but he was right.

He’s lived a broad life and the thing that I want you all to remember – please, please, please, don’t base your votes this time on fear. BASE it on possibility. Think! Listen! The game of politics is to make you afraid so that you don’t think and what we need right now isn’t political rhetoric, isn’t games playing. We need leadership. We need people with judgment. We need decent people, people with common sense, people with strong family values, people who understand the world. We need a man like Barack Obama who you know, on the day that he is elected to office, will change the way the world sees us. You know that! That is the possibility of Barack Obama.

So as I introduce to you today my husband, the man that I love who I would rather have at home with me, at the state fair, but whom I am willing to sacrifice because we have this window of opportunity.

We have a chance to make something real happen; something possible happen; to live beyond our fear. Think about that and help us. Help lift us up and help us fight this fight to change and transform this country in a fundamental way. This chance won’t come around again.

So, please help me introduce and welcome the next President of the United States of America, my husband -

A Hero Ain’t Nothin’ But a Sandwich is a movie that I saw when I was about 14 years old. It made a huge impression that remains with me today.

The movie, based on a book by Alice Childress, is about a 13 year old boy, Benjie, who is hooked on heroin. The story is about the effect that his addiction has on him and the people in his life. Benjie tries over and over to kick his addiction and he keeps failing.

I remember, towards the end of the movie, Benjie standing outside on the stoop, says to his Dad that he thinks that he can beat his heroine addiction if his Dad would just “believe in him”. His dad says to him,

“Son, you gotta be able to do this even if nobody believes in you”.

At 14 years old, I was suddenly struck with the realization that there would in fact, be times in life, when I would be called on to generate being the wind beneath my own wings…

An Open Letter To Barack Obama 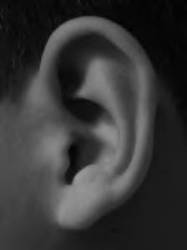 I think that it’s time to give it up.

It is truly time to give up on “being President of the United States of America” because that is the only way that you stand a chance of being elected as such in 2008.

I watched last Tuesday night as the democratic candidates debated in front of the AFL-CIO. Hillary Clinton, Joe Biden and Christopher Dodd reminded me of the mean girls on the school playground, teaming up and ganging up on the new girl because she’s not only pretty and smart, but she’s popular too. I have always had a major problem with bullies, but I have an even bigger problem with people who are born winners, clearly on their way to fulfilling their destiny, being tentative and cautious about dealing with a bully. You can not afford to play it safe. The stakes are much too high. We don’t care if you “make mistakes” and we are definitely hoping for a fight!

I am writing this letter to you as an appeal to give it up! Give up any attachment to being President in exchange for representing “we the people”. No one will ever be liked by everyone, and the days of people looking for a President that they can like or always agree with, are gone. What people are hungry and desperate for is the one who will muster up the courage to genuinely take an unapologetic, uncalculated stand for what they really believe will serve the citizens of this country, as opposed to crafting “who you are” based on a polling of the masses.

For the family that will lose their home tomorrow morning because they can’t meet their mortgage payment, for the single mother who has to decide today between medicine for one sick child over feeding the other two, for the husband who lost his job six months ago after 23 years and can no longer plan for the future, for the sister who just got news that her twin brother must go and put his life on the line in a war that is confused; for a cause that is unclear – for every person who refuses to give up on their own belief that this country can work for us all – you are the hope for a brighter tomorrow.

We are definitely hoping for a fight.

If you are unwilling to risk losing you will never win. You can’t “run for President” because that game has been reduced to some weird perverted scientific endeavor with handlers and experts, constantly taking the temperature of the masses about every breath you will take, dissecting every word you will speak and manipulating it all to within an inch of its life.

The suppression is almost too painful to watch and the spin is making me dizzy. Realize that we are tired of The Machine because we are just way smarter than that. Surrender to the fact that the machine will always find a way to twist something that you said, criticize something that you didn’t do, predict some way that you will mess it up — everyday, no matter what. The Machine must be ignored. There is no way to satisfy The Machine…

You came into this race a hero, an outsider, as a man that should not be expected to behave. 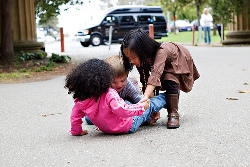 I was out running an errand in the pouring rain when I looked out from under my umbrella, just in time to see him do it.

A man in a white dress shirt and tie (clearly on his lunch break), bent down to pick up a leaf that had fallen on the ground. Then he walked over to an injured sparrow that had landed near the curb and carefully covered him with the leaf so that he would not continue to get soaked by the rain.

It was a little moment; a small act of kindness that I’m glad I didn’t miss.