Behind Every Good Man…

You’ve probably realized by now that your entire world is shaped by the decisions that you are making all of time.

Every second of everyday we are making up our minds about people, about circumstances, about what is possible and about what is -

Just the other day I was talking with Auguste when, in the middle of our conversation, he realized that he had unconsciously made the decision that something that he had been working toward for some time was no longer possible.

Subtle changes in his conversation, slight shifts in his attitude as a result of this unfortunate, previously undetected decision that he made in one (weak) moment, not too long ago, were costing him the possibility of the materialization of what he has been working toward; what he has been hoping for.

Boy! Is it ever a good thing that –

Four Star Generals Are People Too 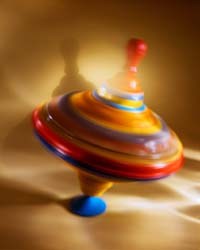 about whether or not it is fair game to ever challenge the integrity of a four star General.

If what we want is to enjoy the benefits of living in a democratic society, free to think and share ideas, shouldn’t we encourage discourse and allow for skepticism?

And, because human beings will be human —

should anyone’s integrity be beyond scrutiny? 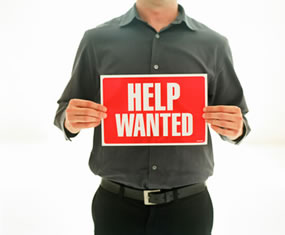 I received a comment recently, in response to something that I had included in Dana Delivered! about how my attitude toward humanity had been elevated because of an act of kindness that I witnessed. The comment was from someone who reads regularly and he shared with me how he himself had “felt the beauty of kindness”.

He wrote to me about a man that he saw near a busy intersection as he slowed for a red light on his way to work. It was 8:15 in the morning. The man was holding a sign that read “Dreaming of a cheeseburger”.

Busy man, in his Mercedes Benz, on his way to work – a cheeseburger didn’t seem like a dream that should be out of reach for anyone so he doubled back and found a Burger King, ordered a double cheeseburger with fries and a coke and went back to find the man holding the sign.

He found him in the same spot. He stopped, rolled his window down and handed the man the bag and was instantly uplifted by his own simple act of kindness that supported someone else in fulfilling a dream.

The man thanked him, put his sign down and walked off “with an air of anticipation”.

I really appreciated that he shared this story with me and I wondered what the world could be like if more of us wouldn’t talk ourselves out of making a small difference in someone else’s life — because we can make a difference. It can feel sometimes like the contribution we can make is probably too small.

When someone is hungry, a double cheeseburger can mean the world…

Would I Lie To You, Baby? 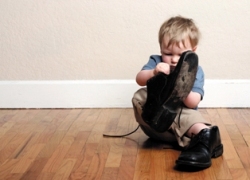 I was remembering a poem this morning, that I first read a while ago.

The poem is part of Spoon River Anthology, a series of poetic monologues by 244 former inhabitants of Spoon River, an area near Lewistown and Petersburg, Illinois. All of the speakers are dead “all are sleeping on the hill” of a quiet Midwestern cemetery. From their final resting place they speak their own epitaphs, discovering and confessing the defining moments or motivations of their lives. They reveal the well kept secrets that were behind their triumphs or their ultimate downfalls.

The poem recited by Harry Wilmans is one of my favorite in the piece. It is about the sting and the stench of betrayal.

Harry was a young man who trusted the people who he was supposed to trust and so he trusted Henry Phipps, the Sunday school superintendent, when he made a speech promoting patriotism and the importance of upholding the honor of the flag.

Here is what young Harry has to say in hindsight and from beyond his premature grave:

I WAS just turned twenty-one,
And Henry Phipps, the Sunday-school superintendent,
Made a speech in Bindleâ€™s Opera House.
â€œThe honor of the flag must be upheld,â€ he said,
â€œWhether it be assailed by a barbarous tribe of Tagalogs
Or the greatest power in Europe.â€
And we cheered and cheered the speech and the flag he waved
As he spoke.
And I went to the war in spite of my father,
And followed the flag till I saw it raised
By our camp in a rice field near Manila,
And all of us cheered and cheered it.
But there were flies and poisonous things;
And there was the deadly water,
And the cruel heat,
And the sickening, putrid food;
And the smell of the trench just back of the tents
Where the soldiers went to empty themselves;
And there were the whores who followed us, full of syphilis;
And beastly acts between ourselves or alone,
With bullying, hatred, degradation among us,
And days of loathing and nights of fear
To the hour of the charge through the steaming swamp,
Following the flag,
Till I fell with a scream, shot through the guts.
Now thereâ€™s a flag over me in Spoon River!
A flag! A flag! 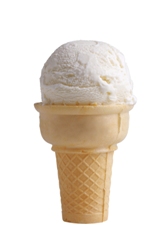 Eat, drink and be merry, for tomorrow we –