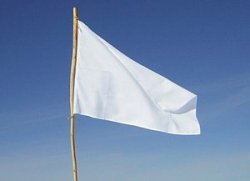 From American Shaolin by Matthew Polly:

“Coach Cheng believed that before a fighter could learn how to win, he first had to master losing. He had to experience defeat after defeat until there was nothing new to it, and thus, nothing left to fear…

It was an approach coach Cheng felt crucial for me to develop because the fear… left me paralyzed.”

I read American Shaolin recently and it was one of the most entertaining memoirs I’ve read. The above quote is one of those “little nuggets” that just stays with you.

Losing is the necessary part of any game and the thing that youâ€™ve got to master if you ever hope to really win. 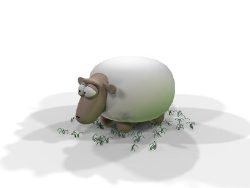 It was a seemingly small, yet surprisingly significant event.

I had studied pretty hard for the test and so I was justifiably prepared for a respectable result. As I took my seat, I remember feeling a desire to “get the show on the road”, confident in all my freshman glory, that I was about to demonstrate my firm grasp of the subject matter. That seemed to be the overall feeling in the room.

Desks cleared, pencils poised, we waited for the handout, anxious to regurgitate the facts so that we could get on with more important things. Instead, we were instructed to take out a blank sheet of paper and informed that this test would consist of only one question. As he scrawled the question on the blackboard, that confident freshman glory was feeling a lot more like naivetÃ©:

“What is the name of the author of the textbook for the course”?

That was the entire test, and that was the test that everybody failed.

I learned one of the most valuable lessons of my life that day as a result of having no idea what the answer to that basic, yet critical question was. I had no idea who it was that I had been granting such unchallenged and absolute authority to. I was merely regurgitating what I had been told, absent curiosity.

Grappling with that particular failure, ignited in me, from that day on, an intention, if I do nothig else, to faithfully investigate -

WHO is telling me what and – WHY.

Am I the work that I do, the goals that I reach, the mistake that I made last week?

Am I my gender, the clothes that I wear or could it be that who I am mostly is… 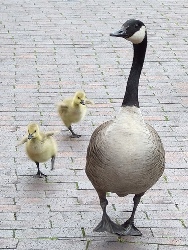 You know what I mean. Sometimes you just get assigned a leader that you have to follow whether you like it or not. It’s one of the harsh realities of life.

A distinction is that which distinguishes one thing from another; an accomplishment that sets one apart. “Leader” is a distinction or a role that someone was assigned to play; a specific role with specific responsibilities and things to be accountable for, are what make up the distinction Leader.

Consider for instance that, relevant to you, your “boss” is a distinction “boss”, operating from a series of expectations and standards that come with that particular territory.

To be distinct is to be distinguished as individual; marked out and separated by a visible sign; separated so as not to be confused with any other thing; special.

Consider further that each and every person is special because we are all distinct. And consider further still that your “boss” is not just merely a distinction. Beyond just being your “boss” there exists a flesh and bone person, operating from a series of opinions and judgments, past experiences, likes, dislikes, feelings and agendas that come with the condition of being a human being.

Being a leader of any kind – a boss, teacher, coach, president – does not make someone more distinct or distinguished than you. When someone is assigned to lead they have merely agreed to assume an accountability and step into a distinction, bringing with them their own very distinct and personal identity — what they think, who they like , what they know and don’t know, how they feel and how they operate because –

leaders are people too!

Leader is a distinction. And, we are all distinct and, when you play the game of “follow the leader” while collapsing these two worlds — the world of the role that someone was assigned, and the world of personal identity — you have put yourself at risk! By failing to keep separate who someone is from the role they’ve been assigned to play, you run the risk of being disappointed, becoming disillusioned – of making someone greater than you think you are, rendering yourself, eventually, unable to generate compassion because you won’t recognize (or distinguish) that they are human too.

When you support leaders generously and from within the proper context, relating to them as the distinction that they have assigned without taking them personally, the stage is set for everyone to succeed.

P.S. Over endowing someone with divine characteristics and superior qualities, is being irresponsible for the greatness that is in you. You can’t think too highly about someone else without thinking too little of yourself.

(Leader is a distinction. And we are all distinct) 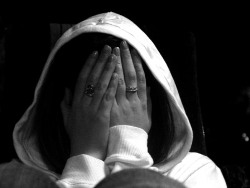 What is it that you don’t want people to know about you?

This is the question that I asked Susan Blech, featured in this week’s Inspiring People and because turnaround is fair play, I felt compelled to ask myself that same question:

What is it that I don’t want people to know about me?

not very much at all, really.

There it is, right there…

I don’t want anyone to know any of these things about me but at the same time, I am clear that when I choose to just be honest with myself, I can start to move – beyond. When I am willing to candidly reveal my imperfections to the world, I expand my capacity to trust and to grow, and I grant myself the opportunity to strike a chord with someone who might be in the same boat.

Being open and real is not an easy thing for anyone to do. “Authentic” is not an easy way to be. We are socialized early on to pretend perfection; to always wear a smile and to maintain that “we’re just fine”. We are taught that disappointment, hurt, regret, fear, failure and self-doubt – of any kind – are experiences that must remain concealed. Yet, these are the very experiences that ultimately help to shape our greatness; the experiences that when generously revealed, might just make a difference in someone else’s life.

What is it that you don’t want anyone to know about you?