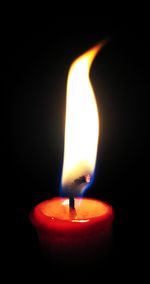 I was thinking to myself last night, about nothing in particular –just stuff; the kind of stuff that most people think about all the time. When my thoughts started to degenerate to thoughts about how I wish this thing were that way or that thing were another way, I started thinking about a book that I picked up earlier in the day, Life Laid Bare: The Survivors in Rwanda Speak.

Life Laid Bare offers personal accounts of fourteen survivors of the Rwandan genocide of 1994 in which 10,000 Tutsis seeking refuge in churches were slaughtered by machete-wielding Hutus. Thinking about what it must have been like to survive such horror and wondering about what it would take to pull yourself together after living through something like that and to somehow try to move on, made me feel a little bit better equipped to deal with my own apparent reality.

The truth is – each of us really is much stronger than we likely give ourselves credit for.

Imagine for a moment some incredible thing that you have survived. Now imagine if you had known in advance exactly what you would have to go through. Consider that, knowing now what you didn’t know then, you might have decided that you didn’t have what it takes to endure. But you did, and we do –

Last night as I was thinking about nothing in particular and as I noticed my thoughts starting to degenerate, I was reminded of the unthinkable. I tried to consider for a moment what it must be like to survive genocide and then to try and move on.

I ended up inspired about the resilience of the human spirit. I ended up feeling encouraged about my own personal strength. 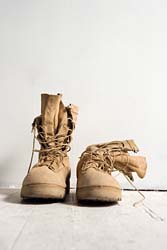 Yesterday, I watched a documentary about mothers, fathers, and wives, mourning the death of their sons and husbands who had lost their lives in Iraq. It was heartbreaking. I found it difficult to tear myself away from their reality. To consider the cost of war from such a profoundly personal vantage point offered to me a fresh sense of urgency with regard to peace and reconciliation.

If you have a moment, click here to watch:

The cost of war is indeed tremendous when you tally the tears shed for a husband, a father, a son, a daughter or a mother who will never be coming home again. The shattered hopes and dreams of a family, trusting that their sacrifice would mean something, now left to wonder if they had somehow made a terrible and irreversible mistake — I felt obliged to sit for a moment to contemplate all of the reasons -

Sacrifice is sacred and must be honored as such. Ultimate sacrifice is not something that should be casually entered into or requested of someone upon a foundation of deceit. To ask a young man or woman to put everything that they are and that they have on the line when the reasons don’t add up, represents the height of arrogance. And yet, to accept that request without question is to forfeit the very freedom that we all deem worth fighting and dying for.

Below is a repost of a thought that I shared last September:

I was remembering a poem this morning that I first read a while ago.

The poem is part of Spoon River Anthology, a series of poetic monologues by 244 former inhabitants of Spoon River, an area near Lewistown and Petersburg, Illinois. All of the speakers are dead “all are sleeping on the hill” of a quiet Midwestern cemetery. From their final resting place they speak their own epitaphs, discovering and confessing the defining moments or motivations of their lives. They reveal the well kept secrets that were behind their triumphs or their ultimate downfalls.

The poem recited by Harry Wilmans is one of my favorites in the piece. It is about the sting and the stench of betrayal.

Harry was a young man who trusted the people who he was supposed to trust and so he trusted Henry Phipps, the Sunday school superintendent, when he made a speech promoting patriotism and the importance of upholding the honor of the flag.

Here is what young Harry has to say in hindsight and from beyond his premature grave:

I WAS just turned twenty-one,
And Henry Phipps, the Sunday-school superintendent,
Made a speech in Bindle’s Opera House.
“The honor of the flag must be upheld,” he said,
“Whether it be assailed by a barbarous tribe of Tagalogs
Or the greatest power in Europe.”
And we cheered and cheered the speech and the flag he waved
As he spoke.
And I went to the war in spite of my father,
And followed the flag till I saw it raised
By our camp in a rice field near Manila,
And all of us cheered and cheered it.
But there were flies and poisonous things;
And there was the deadly water,
And the cruel heat,
And the sickening, putrid food;
And the smell of the trench just back of the tents
Where the soldiers went to empty themselves;
And there were the whores who followed us, full of syphilis;
And beastly acts between ourselves or alone,
With bullying, hatred, degradation among us,
And days of loathing and nights of fear
To the hour of the charge through the steaming swamp,
Following the flag,
Till I fell with a scream, shot through the guts.
Now there’s a flag over me in Spoon River!
A flag! A flag! 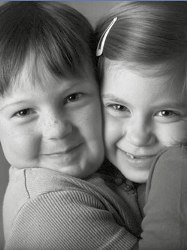 “To tame the savageness of man and make gentle the life of this world” is the last line in the speech that Robert F. Kennedy delivered to the crowd in Indianapolis on the night that Martin Luther King, Jr. was assassinated.

“Make gentle the life of this world…” was the hopeful invitation that he was inspired to extend to those that would soon return to their reality, left to deal with their profound grief and sudden confusion. It is an invitation that, in any given moment, any one of us today will consciously or unconsciously, choose to accept or reject.

Whether we willingly acknowledge it or not, we are constantly making choices that might passively assault humanity or actively elevate another human being. Through words carelessly chosen or by virtue of a deliberate and thoughtful deed, for better or for worse, our actions will always be making a difference in the way someone else might live.

We have the power to make choices that will either help or hurt, elevate or degrade, encourage or dishearten – somebody, somewhere and somehow!

I have to believe that when operating “on conscious”, and in full submission to the probable consequences or unlikely rewards, that wisdom driven by compassion will more often than not, dictate one’s ultimate choice.

“Make gentle the life of this world” is in fact the ultimate opportunity and one that is quietly and faithfully available, always –