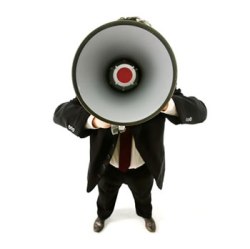 Those puppies were cute and they definitely got our attention.

we weren’t the only ones.

Auguste and I were among the people that kept stopping at the table where the woman was sitting with the two sad-eyed puppies asking for donations. Without even thinking I put a loose dollar from my pocket in the jar.

As I scanned the table for any literature that would answer my questions about where the puppies might end up, I noticed that the jar had a United Homeless Organization sticker on it where I expected to see a logo from the ASPCA or PeTA or some other organization that helps save dogs and cats. There was no literature about animals or anything for that matter that would support this woman’s suggestion that she was raising money for an animal shelter while trying to find these puppies a good home.

I decided to simply ask:

“Are the dogs up for adoption”?

it was clear to me as we walked away that she was using the puppies as a distraction to raise money for herself. She was homeless.

It was obvious to Auguste that experience had taught this woman that perhaps people are more willing to part with a loose dollar for a sad eyed puppy than they are for a woman who is struggling and without a place to live.

It was sad for both of us to reconcile the disappointment of that reality.

The other morning we watched from some kind of suspended reality, as a mother and a father tried to find their two year old son, buried underneath the rubble and debris of the merciless earth quake that shook China to its very core last Monday.

This mother and father had, just two days before, dropped their two year old off with his grandparents before they went to work, never suspecting for one moment that they were about to be caught up in the cruelest of nightmares.

Then, without notice, the quake hit and their reality would be forever altered. Days later they would finally get the help they needed to dig deep into the massive heap of concrete and metal in hopes of finding their son and parents alive. They spent hours and hours looking, waiting –

It is disaster season and I watch them from the safety of my bedroom, remote control in hand, ready with finger poised on “power off”, just in case. For so many people, life as they have known it will be changed forever. I resist the temptation to put myself in their shoes.

I hate it when disaster is brought to my attention because it reminds me that we – we are not in control! I hate it when crisis intrudes because it forces us to have to “rise to the occasion” when we rightfully feel like we should be able to just fall out. But, could it be that crisis is really a good thing because it allows for the possibility of something brand new to emerge? As I watch that mother and that father discover that their son is not alive, I surrender and release the remote control. As I listen to them mourn him through their tears, I can’t hear possibility at all.

For thousands of years the Chinese have practiced that, although crisis can be a dangerous time, it also provides fertile ground for golden opportunities to emerge. China, today, is clear about the danger. I just hope against hope that someday soon, opportunity will rain on them again.

God bless you mothers and fathers as you grieve today trusting that tomorrow might be better somehow. And if it is true, and I believe that it is, that every cloud has a silver lining, then my prayer is that -

your silver lining comes to you this day. 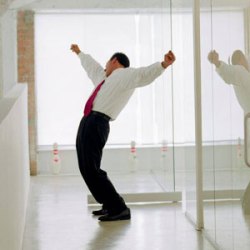 My mother-in-law is living in an assisted living facility now. This is a new development and not one that she welcomed at all. The first time that we went to visit her, she greeted us through tortured tears as she insisted that “This is not how it was supposed to be. This is not my life”, suggesting somehow that there had existed, at one time, a plan that could somehow be controlled.

I felt helpless as I listened; at a loss for how to sooth the agony that consumed her. When I found myself thinking, rather unexpectedly “Yeah, I know what you mean. Sometimes life just sucks, doesn’t it”, I realized that I might be on to something:

Where is it written that we are all promised “happily ever after”? Where is it promised that we won’t have some really crappy days?

Each one of us will have our good days and all of us will have days when we wish that we were somebody else. We will win sometimes and, just like the sun rises in the east and sets in the west, guaranteed, there will be those times when everything seems to be coming apart at the seams.

there exists in each one of our moments, the opportunity to breathe deeply while we appreciate the fact that we are alive and that we can choose to really live by making the most out of where we are RIGHT NOW.

Life promises to us nothing, but the opportunity to live in the here and now, and the privilege to embrace whatever hand we’ve been dealt in the moment as –