His name was Deamonte Driver.

He was a twelve year old boy, living just outside of Washington, D.C. He died because he had a bad tooth. When a routine $80 tooth extraction would have saved his life he died. Because his Mom couldn’t find a dentist that was willing to treat him, because his family lost their Medicaid benefits, because they couldn’t find anyone that was willing to deal with the bureaucratic red tape – he died.

“Don’t people just want to be cheered up, uplifted and inspired somehow on a Monday morning?”

And, so I tapped the “delete” key until any evidence of Deamonte’s story was gone.

“Who really wants to be reminded of such things on a Monday?”

Do we really want to be reminded today that in the United States of America children die unnecessarily each and everyday? Who really wants to be confronted with that reality?

I erased the words that I had typed the first time only to feel obliged to re-type them all over again:

His name was Deamonte Driver.

He was a twelve year old boy living just outside of Washington D.C. He died because -

he had a bad tooth. The world waits today, with full expectation, that the willingness to hope and the courage to stand for change, will finally exact its reward.

Here, at the dawn of the promise of a brand new day, the “I got mine you get yours” mentality seems to be losing its deceitful appeal. And, in an effort to reclaim that precious belief that we are each better off when we endeavor to regard the condition of others as connected somehow to our own sense of well being; when we consider that we are our brother’s keeper, we invite the privilege to live a life that will challenge us to do and to be -

On January 20, 2009, President-elect Barack Obama will be sworn in as the 44th President of the United States of America, in an event that has already captivate d a nation, sparked the imaginations of it’s people and transformed false hopes and broken dreams into genuine possibility.

And, while January 20th 2009 will indeed go down in history as the day that America welcomed it’s first African American President, consider that -

the greater meaning of this great day, will prove over time to be the fact that a nation of diverse people came together to make the kind of difference that will live on and that will continue to fortify future generations.

But, what will ultimately be required is –

Here, exists the opportunity for each of us to participate in establishing this great legacy. Now, is our chance to raise the bar by rising to this magnificent occasion that we may be remembered as the generation that took full advantage of great leadership in a time of tremendous challenge.

When the future looks back at us a hundred years from now, will it simply remember Barack Obama as the first African American President? Or, will it remember this, right now, as that pivotal moment in history, when a leader emerged who articulated America’s fundamental values and commitments, who reflected what this country stands for and who inspired people to hope with him and to stand with him and to fight with him and to work with him and to ultimately make the necessary sacrifices with him, that ushered in - 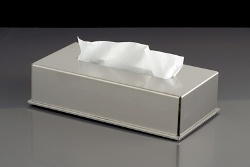 (Perhaps he thought that no one was looking. It’s more likely however, that he just didn’t care)…

Dressed in his offical postal blues complete with the courrier jacket and the hat with the flaps lined with synthetic fur, he raised his fingers to his face, pinched his nostrils and then proceeded to launch the contents of his nose into what had been brisk and beautiful morning air — not once but twice and in two different directions!

b) I had decided that any air, any where around this guy, was now unfit for other human consumption

Fifty yards past him and relieved that he was not our mailman after all, I decided it was okay to breathe again and that’s when it hit me:

You know those times when you’ve come down with a horrible cold or flu and for no apparent reason because you don’t know anyone who has been sick, you haven’t been around anybody whose been sick and you’ve been really disciplined about washing your hands?

The other evening, while riding the subway, the late 1970′s approached me and, in a practically empty car, cozied up right next to me.

I almost didn’t recognize him at first, but when he leaned in, cocked his head to the side and whispered material from an obviously rehearsed routine:

“Whaaaat? You too fine to have a husband and a teenage daughter”,

I remembered exactly who this guy was…

I’m Ready For My Close Up? 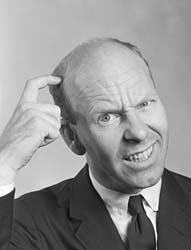 One minute we were having what I thought was one of those perfectly lovely civilized holiday visits, and in the next minute she pulled out a mouthful of soggy dentures and then she giggled madly as she watched us react.

I am sorry! I did not know quite what to think let alone what to say and so I just excused myself and went looking for the ladie’s room hoping that upon my return this whole weird episode would have played itself out.

What? Did she think that we would find this behavior amusing? Perhaps she was bored.

Why? Was it an attempt to attract a little sympathy? Maybe she resented the fact that we all still have our own teeth.

I am still, days after the fact, extremely irritated, still trying to erase the image from my mind. It’s not so much that it was gross behavior (althought it was and I would have never expected this kind of thing from such an otherwise dignified woman). It’s more that now I have to be worried that one day -

I might be capable of doing the same thing, dammit.