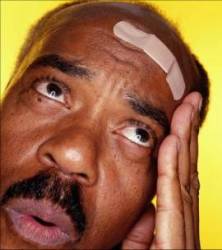 There are no real rules of engagement when it comes to returning emails.

Now I am someone who emails a lot. Emailing has become my primary form of communication because it can be really efficient if you have a lot of communicating to do.

One of the habits that I have developed is, replying to an email as soon as I read it — right away. And there are some people that I email that clearly have developed this same habit.

On the other hand, there are others who email ya back –

We’ve got to figure something else out! Sometimes I’ll send an email on, say Monday, and I get a response back on Friday and by then, I don’t even remember what I said. (especially if the person has an AOL account because their replies don’t include the original message — what’s up with that?)

Anyway, as if I didn’t have enough to contemplate, now I’ve got to worry about trying to figure out who’s got what kind of email habit so that I can sort out:

just has better things to do.