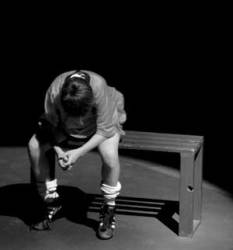 I find it interesting (if not a little bit troubling), the degree to which cynicism and doubt will so easily trump the possibility of achieving something that is -

Some things are just not meant to be…

Because possibility lives in every conversation that we are willing to have in favor of it, and because it dies a slow and painful death in every moment that we choose to entertain the notion that something can’t be done –

I am left to wonder what in the world would be possible if cynicism and doubt were forced to take a back seat.

(If only for a little while…)