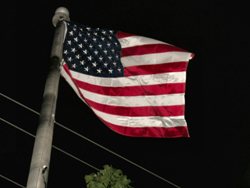 From American Dreams Lost and Found by Studs Terkel, Copywright 1980:

Tom McCall, the former Governor of Oregon, who failed in his comeback attempt, was a bit pessimistic when he talked with Studs Terkel. â€œI am justâ€¦wonderingâ€, he said, â€œwhere is the glow of yesteryear? Iâ€™m wondering where the heroes went. Gosh, I donâ€™t know how long ago they left. Heroes are not giant statues framed against a red sky. They are people who say: This is my community, and it is my responsibility to make it better. Interweave all these communities , and you really have an America that is back on its feet, a comfortable nation to live in again. I really think weâ€™re gonna have to reassess what constitutes a hero.â€