So Dan, what is your name?

How old are you?

Where are you from?

Where do you live?

What do you do for a living?

I play all "ages music" or family music. I sing and I have a record company.

It would be nice if I could be remembered for getting people singing a little bit more.

If you consider the world 100 Years from now, what do you think will still be hanging around?

I think people will be making music together. It won't be the kind of music that we are listening to now but I am optimistic that people will still be singing together and that they will be making their own music in a casual way. But, because thirty years from now White people will only be half of the population, there will be a cultural shift. That shift towards a completely different cultural landscape will exist. That is going to affect the music. This sort of Anglo model that we are working with now will be much less prevalent. So it will be a richer musical tapestry. That to me is an exciting thing, musically and it is underway.

Music for families is really my world and if you go to the record store you really can't find diverse music. If you base your conclusion on what is out there in the record stores or online you would think that the world is only inhabited by White people. It is like that everywhere. I mean movies – well, you know what I am talking about!

It's trailing behind the reality but once we hit more of a critical mass (that is probably a better word for it) then things will shift quickly into a more colorful representative landscape. I want to be around to see that.

I get to live that diversity for the most part, when I travel. That is what is both frustrating and endearing now but I am excited to know that it's not just a nice idea but an inevitability.

DR: And for people who may not have contemplated the significance of that shift, can you talk a little bit about why it excites you?

I had to learn on my own what the country is and who the people are that are here. I had to learn culturally who everybody is. All I knew were White people! I was also affected to some degree by busing in Boston. Through the media we would get a sense of the extreme racial tension that was happening there in Boston but by the time it got filtered to down to unknowing minds it started to feel like it was a scary, scary world and that the only people who were really keeping it together were White people. Everybody else was misbehaving but White people were trying to keep some kind of order. It was such an insane message that we got.

Clearly that is still happening now.

We made a CD that was all in Spanish with songs from all different parts of Latin America. One of the reasons we did it is because it was an opportunity to create a musical party, which is sort of the world that I live in now. I am fortunate enough to be able to hang out with musicians that interest me. Creating the CD was a way to create the life that I get to live but also the life that is possible for anybody. So if you are a kid growing up in Nebraska and you hear on Fox News that Mexicans are creeping across the border and they are going to take over and first they are going to want to take California back and then they are going to want Arizona...All this insane stuff...

DR: Or that the President wasn't born here in America and that he has somehow hijacked the office of the President of the United States.

DZ: Things that are just so laughable...

Years from now we will look back and we'll be like:

"Freedom fries? Why did anyone even engage in that conversation?"

I went down to the Mexico and saw working people and kids my daughter's age and I got to see what not everyone gets to see. We have the opportunity to paint a very different picture of Mexico for people...

This is the kind of thing that I think is going to happen more and more.

There is so much White anxiety now that is kind of pushing the dialogue in a very unhealthy place. It's always been there but now it is there because "the end is near". The end is easier to see now. Having a Black President makes people a little wacky...

DR: What is the thing that distinguishes this era that we are living in? 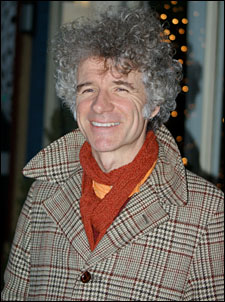 DZ: I think White racial awareness is a huge thing right now for a lot of people.

DR: What do you mean by that?

DZ: Just that there is a greater sense of White Supremacy and what White privilege means. There is enough of it in the air that I am personally starting to pick up on it. I think it's only going to increase from here and it makes a lot of people uncomfortable. It's getting a little bit clear that this is not really gong to do anybody any good.

I think because I get to live in the world of music that I get to experience the other side. There is a cultural place, this place where everybody has an opportunity to share and everybody is kind of curious about everybody else and there is plenty of food and there are plenty of songs to learn...I can get a sense of where things can go. I get to see a lot of that...the spirit of exchange and curiosity...

DZ: In 100 years I hope that we are a music-making society. I think that's an easy way that we can connect with one another. If we are a music-making society then we can be a peaceful society because music connects us. Music making societies are not typically divisive. That is the thing about the wall between here and Mexico. You know they are always talking about making the wall bigger and longer but any song will float above and beyond the wall. Songs will cross all of that. They always have and they always will.

If we have these songs, we can tell our stories to each other and we can understand each other. Music serves to include everybody. That is what music does. It pulls everybody in. So if we are a music making society then we will be thinking about our young people and our old people and about who is not being invited to the party...

DR: So you are making the distinction between making music and merely being consumers of music?

DZ: Yes. Making music as a way of life. It seems totally far-fetched but I believe that if we don't get to that point things are going to be very frightening on every level...

DR: You are right. There does seem to be a way that music makers think about things that I think comes from having music as part of their vocabulary.
Now, not that I am invested in a different answer at all but one more time:

DZ: I'd like to be remembered as someone who helped in some small way to create a more music making society.