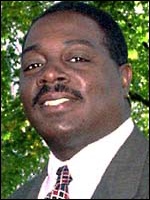 As someone who has worked in the White House as an advisor to President Bill Clinton, Terry Edmonds knows politics. He also knows from which he speaks when it comes to how race and politics have co-existed in America. In the aftermath of what has been an amazing historical event, with the election of Barack Obama as President of the United States of America, he offers his unique perspective.

At the end of his article, written just after then Senator Barack Obama was elected President, Terry writes:

President Obama will undoubtedly face tremendous pressures from all sides. Many, including a fair share of African-Americans, may expect instant miracles from him. Those who resent his admittance into the "white male only" club will be watching for the slip that quickly upends his presidency and turns him into a one-hit wonder. Still others will remain in disbelief about his ability to meet the awesome challenges of the Oval Office. But it is my hope that most Americans will want him to succeed and will give him the time and support any new president needs to make his mark. I want him to succeed. Not just because he is our first black president but because our country needs a leader of Obama's obvious talent and temperament to steer our ship of state back on course. There is no longer any doubt in my mind. Barack Obama is the right president at the right time for America.


President-Elect Barack Obama: Our Journey From Disbelief to Hope to the White House By Terry Edmonds
US News and World Report
Posted November 5, 2008

For months, as mainstream pundits and prognosticators argued about the growing prospect that Barack Obama would become the nation's first African-American president, I, along with many of my baby boomer African-American friends listened in semidisbelief. For as long as we could remember, whenever talk at the kitchen table or barber shop would veer into speculation about a possible black president, the conversation would inevitably abruptly end, punctuated by four final words-"not in our lifetime."

Even after defeating the formidable Clinton machine and outpacing every opponent as smoothly as Usain Bolt on the track in Beijing, there was the edgy feeling that somehow something would trip up the brother and disqualify him from taking home the gold. It was probably no accident that many of us read our first book by the black conservative, Shelby Steele, during this campaign. It was titled, A Bound Man-Why We Are Excited About Obama and Why He Can't Win. Steele seemed to validate our fears.

Many of my white friends and even my own daughter were more hopeful. They pointed to the fact that though the numbers are still small, African-Americans have made significant breakthroughs in politics and society over the past 50 years. We've had a handful of black governors and senators, and there are now 43 members of the Congressional Black Caucus. I couldn't deny that times had indeed changed since my mother and father struggled to raise four kids in the projects of Baltimore when the only hope came from the church and the dreams of Dr. Martin Luther King. But my disbelief had deep roots.

DR: So Terry, what are the things that have guided you toward your success?

TE:You know that I am the first African American Speech Writer for an American President and my career has now taken me to become the Chief Speechwriter for the CEO of Time Warner. All of this coming from a very working class background.

I grew up in the projects of Baltimore's inner-city and I had, I would say, a pretty tough childhood. I spent some time in a foster home. I know what it feels like to be evicted from your home. I know what welfare feels like because the family was on welfare for awhile. And I was one of those kids that people would always say "Well, we might have been poor but, we were rich in other ways." I didn't handle poverty that well. I was not one of those kids that said "I'm rich". I was like "We po'!" Ya know, roaches and rats. That's po'. I didn't like it.

The thing that sustained me, from my earliest memory -- I just had a connection with the inner spirit. It was nurtured by my mother who was a strong North Carolina Christian Presbyterian woman. She has since passed away. But I embraced spirituality very early in my life. I embraced the teachings of Jesus Christ very early in my life and since I developed my own sort of spiritual path which extended beyond any one church or any one religion. I would say that spirituality is the number one thing that has sustained me through everything -- my faith in God, which was nurtured again by my mother and my father. Even though times were tough and there was some "disfunctionality" and drinking and fighting and all that other stuff in the family, there was also a focus on - for them it was the church, for me - I call it spirituality.

Once you have a belief in a higher power, which is an inner thing for me, it translates into confidence and faith in yourself. Through everything, I have always had faith in myself.

My mother always told me that you can do anything that you want to. She always encouraged me to make my own choices, even when I said "Well, ya know I am in college now and I think I want to drop out and get a job because I am tired of being poor. I want to go to the local factory and make widgets." She said "O.K, go. If that's what you want to do, do it." Of course I only stayed there two weeks and then I went back to school, but she would encourage me to always follow my heart and my dreams. That's the number one thing that sustained me - faith in God and faith in myself.

DR: Share something with me that people would be surprised to know about you...

Like most African-American baby boomers, I harbor memories of the indignities my parents had to endure over a lifetime, as well as the blunt force of overt racism I have experienced myself-from racial slurs to job discrimination to workplace apartheid. But the disbelief I have held onto is not the result of low self-esteem. Just the opposite. Having grown up straddling two worlds-one black, one white-and thinking I had to be twice as good to get the same opportunities as my white counterparts, I have always known that I could compete and win with anyone if given half a chance.

My disbelief around this election sprang from a nagging question: Even though there was real racial reconciliation occurring in this country, would there ever be enough whites willing to vote for a black president, regardless of his or her obvious talents? That feeling of doubt and disbelief has been reinforced over the years by the glaring racial disparities that persist in almost every aspect of American society. While many of my generation have had some success, the specter of racial division has hung over our professions and work places like an ominous cloud. And if we really wanted to know what the majority of Americans thought about us, we only had to look at the bulging black prison population, the double rate of black unemployment, and the portrayal of African-Americans on TV shows like Flavor Flav's Flavor of Love. That's why it struck such a chord when Bill Clinton used the term "fairy tale" when discussing Obama's candidacy. Of course it was a fairy tale. Who were we kidding?

But a profound shift in consciousness has occurred since my days as a student at Morgan State University in the mid-'60s. It turns out I was wrong. A growing number of whites are now willing to put character over color when it comes to choosing leaders for the most important jobs in America. The successes of people like Colin Powell, Condoleezza Rice, Ron Brown, Vernon Jordan, Dick Parsons, and Ken Chenault would have been unthinkable 50 years ago. Even so, my disbelief persisted. After all, "President of the United States-Leader of the Free World" is a title that, for 220 years, has been reserved for white men only. Not one woman. Not one person of color. Until now.

Barack Obama has been hired to lead the most powerful country in the world. By earning the job, he has suspended my disbelief and the disbelief of millions of African-Americans who, even while casting our ballots for him, never thought we would ever see this day. His success also says to children of every color throughout this country, you, too, can one day grow up to be president of the United States.

President Obama will undoubtedly face tremendous pressures from all sides. Many, including a fair share of African-Americans, may expect instant miracles from him. Those who resent his admittance into the "white male only" club will be watching for the slip that quickly upends his presidency and turns him into a one-hit wonder. Still others will remain in disbelief about his ability to meet the awesome challenges of the Oval Office. But it is my hope that most Americans will want him to succeed and will give him the time and support any new president needs to make his mark. I want him to succeed. Not just because he is our first black president but because our country needs a leader of Obama's obvious talent and temperament to steer our ship of state back on course. There is no longer any doubt in my mind. Barack Obama is the right president at the right time for America.